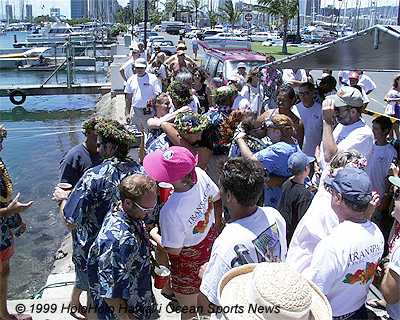 Just missed these guys getting off the boat...
but what a KICKIN party! 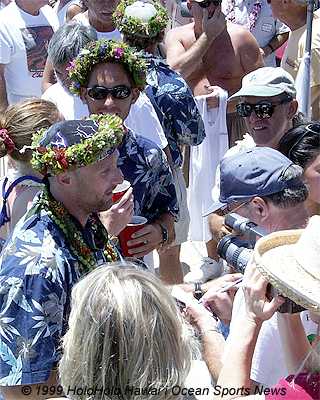 since the Victors dispersed into the crowd, going for
as many of em as can get, where-ever can get 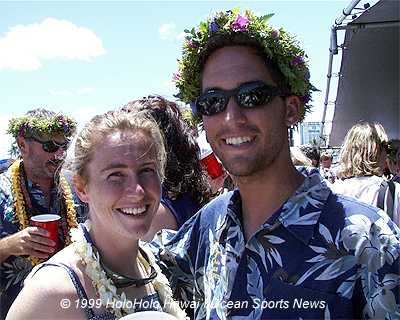 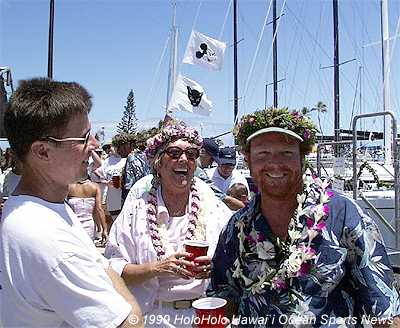 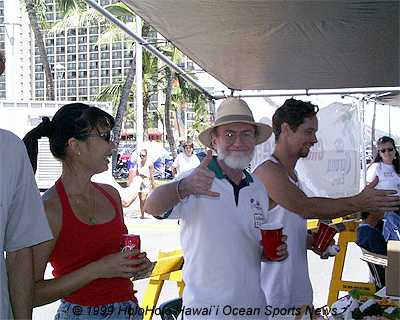 "The Pit Crew" from Chart House Restaurant, responsible for this riot..
along with the Tiare Crew & Lahaina YC
these guys were really kranking out the F&B's...
in spite of their organized and efficient appearance 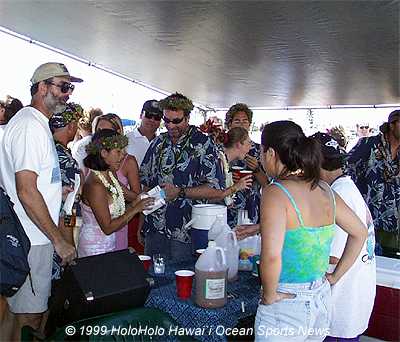 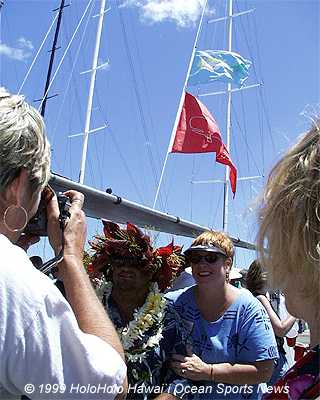 now here's an interesting shot...
we got Ellen Miller here - snappin the GI guy for the Hawaii YC Bulletin
let's get in a little closer, eh? 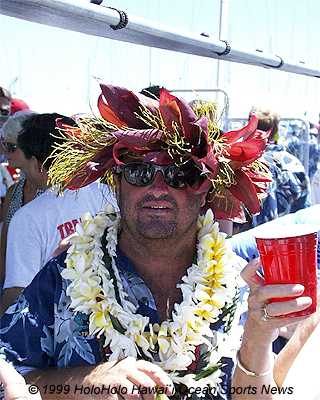 there! - howz this for "the weather-beaten mariner" look??
obviously showing the tell-tale signs he's been leid & Mai Tai'd into submission... 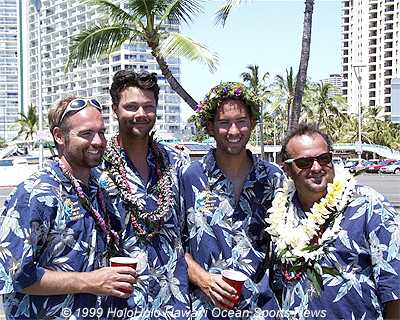