Prev Arrival ~ Latest Arrival ~ More Arrivals ~ Latest News ~ More News
with one of the larger night-time party crowds showing up
maybe even bigger than the crowd on hand for Pyewacket's Arrival
the party for Two Guys on the Edge, hosted by Ristorante Assaggio & Waikiki YC
was a bash a Major Proportions - with probably a bigger media turnout than all of em
even in spite of the fact it rained heavily just before they arrived (and some during) 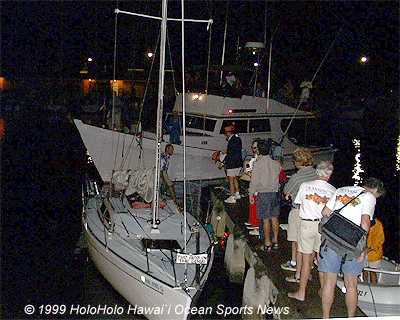 2 Guys pulls up to the dock, escorted in by Bamboo Opperman's Golden Marlin
more commentary later.... 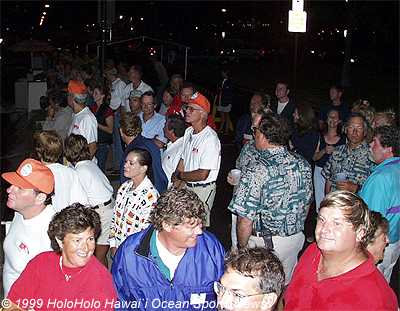 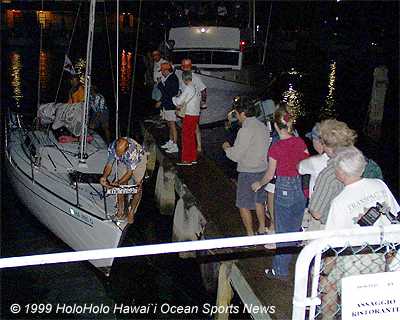 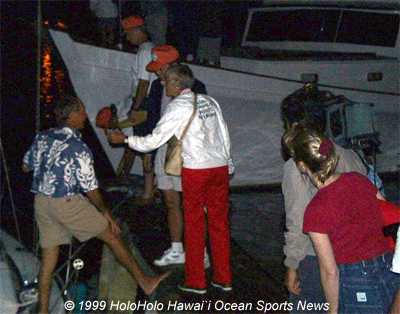 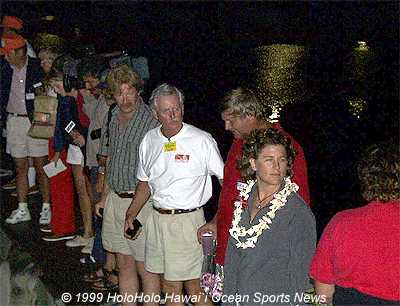 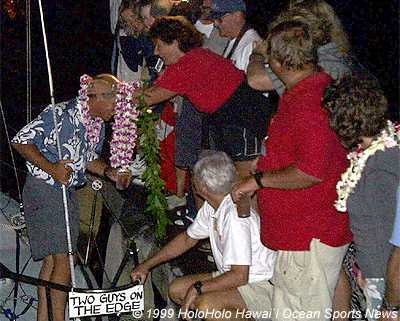 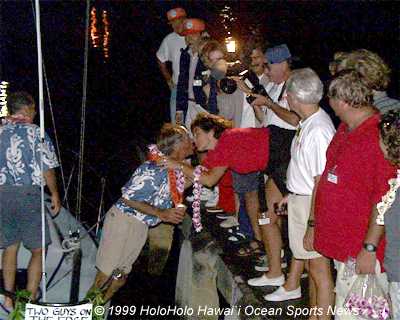 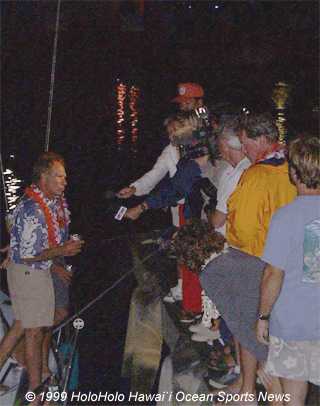 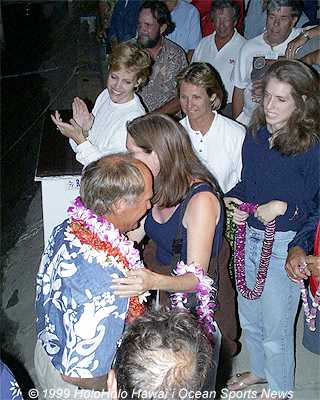 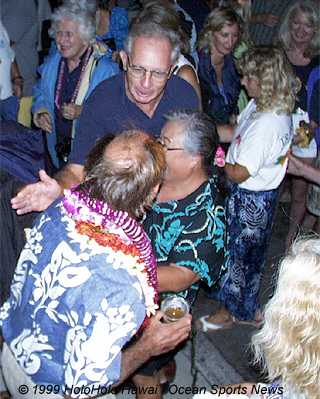 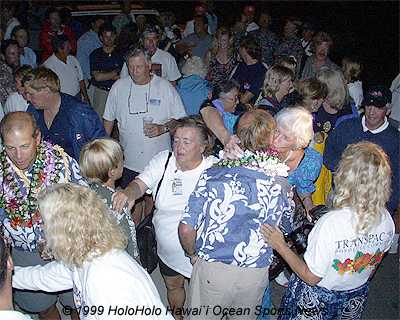 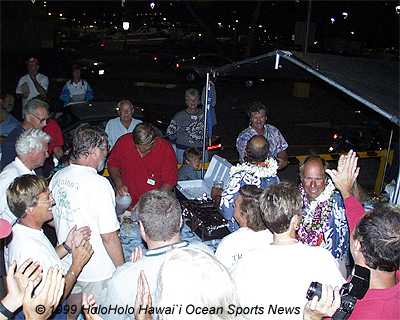 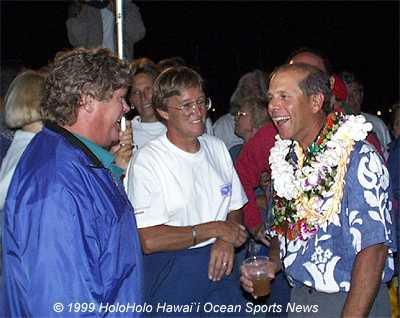 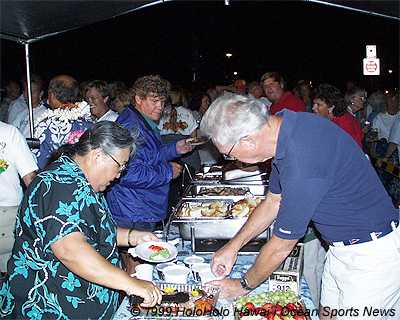 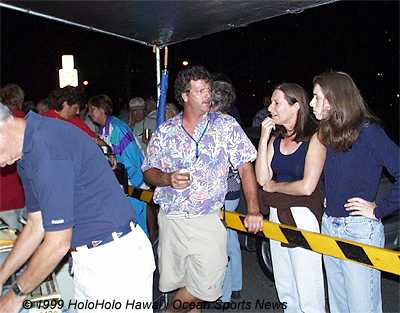 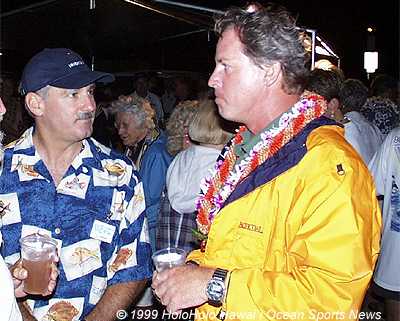 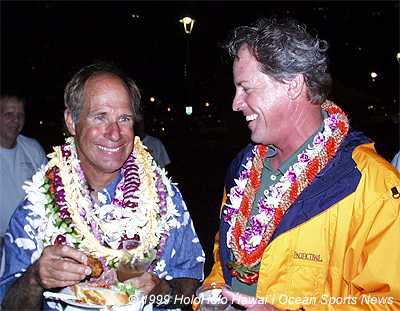 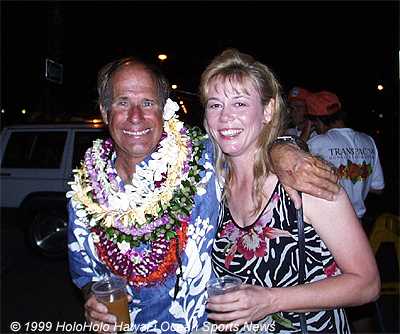 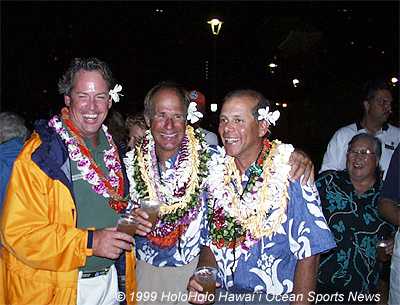 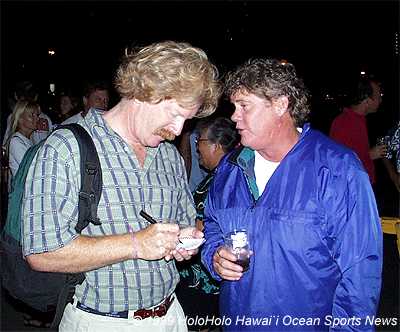 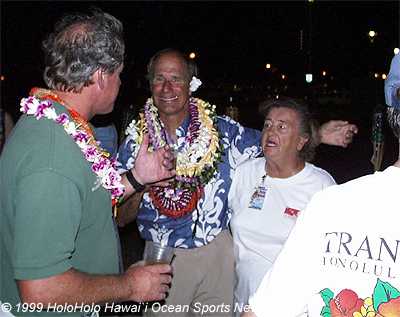 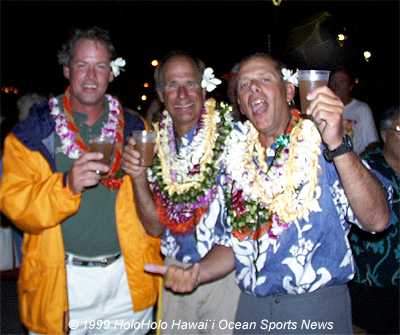 Waikiki YC's Dan Doyle on left (1 guy that wasn't on The Edge) Presents:
Les Vasconcellos & Bruce Burgess (2 guys that were ;)