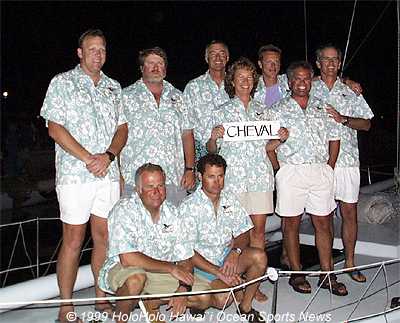 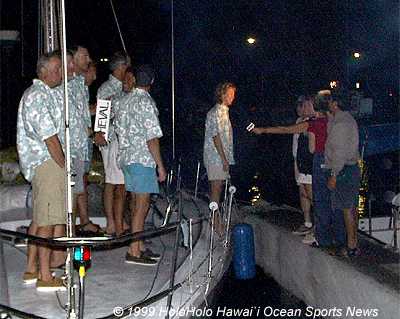 Linda Elias is first one up for the interview with Channel Sea TV
Linda didn't quite make it for the prev race, but did show for the Baywolf Arrival Party in 97 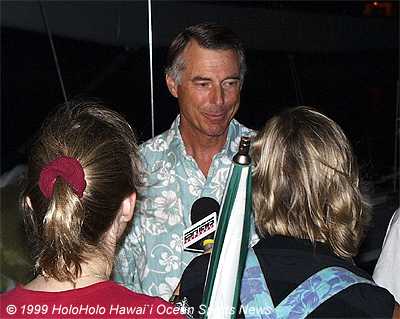 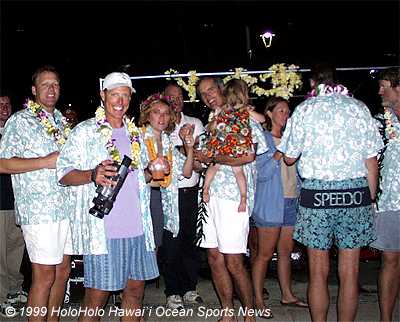 Madi aka Maddog McJones, Justin & Jessica there in the middle 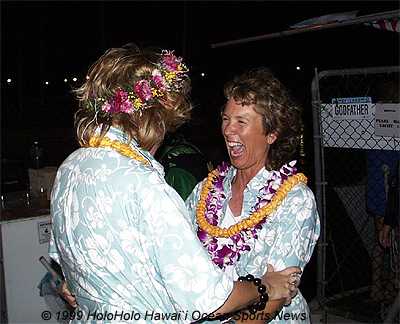 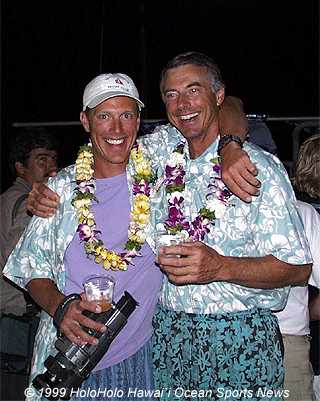 Email Me with all the names, huh? 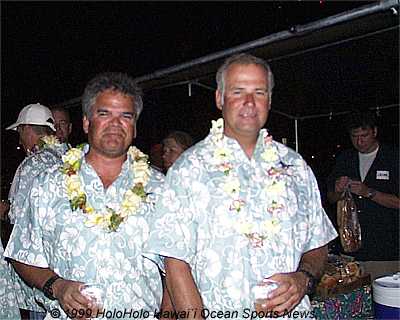 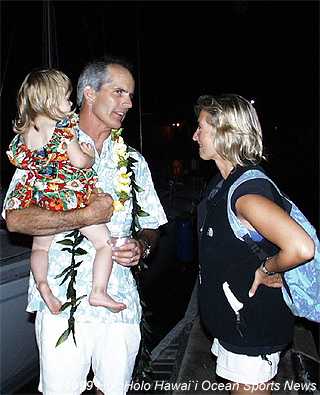 Bets gets the inside scoop from Justin, with Jessica coaching... 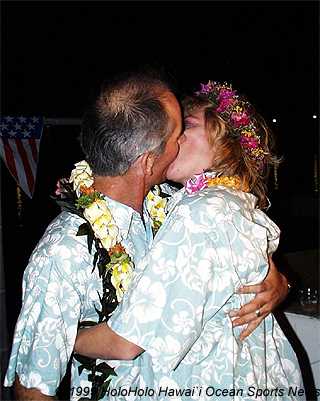 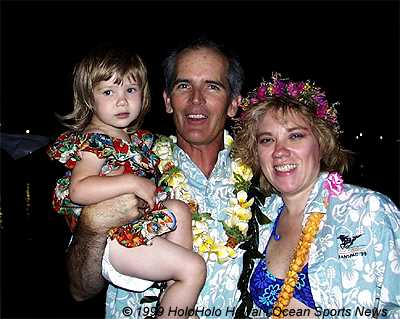 The McJones tribe - Jessica, Justin and Madeline (Maddog to us webgeeks) 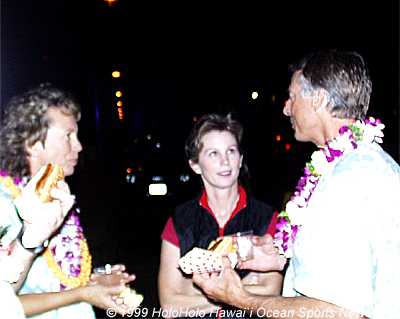 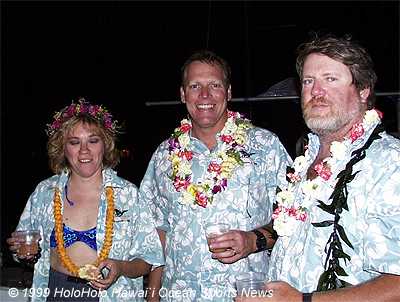 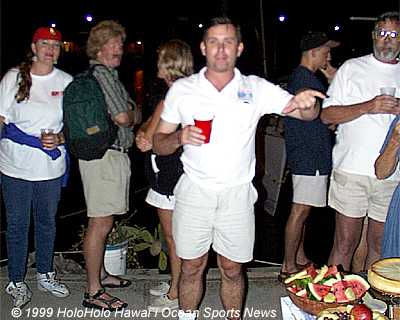 uh oh.... somebody even managed to snag The Paparazzi on this one
Waikiki YC's Capn Kent Howard there on the right with Hawaii YC's
Mary Liz Riley in the background there standing next to Rob Moore and
Betsy Crowfoot - pretty impressive collection of media types here for this one, eh? ;)
never did get a shot of 'the spread' on this one, hosted by Pearl Harbor YC
what ever happened to their website, anyway? 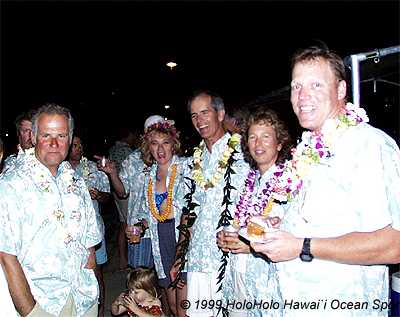 Jessica there doing a "like mother, like daughter" scene here
it won't be long now, Madi - before "the basketball" is guzzling the Mai Tais
and YOU are snappin the pix of HER crew, eh? 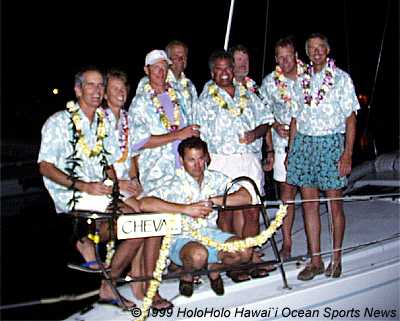 one more "on the bow, after gittin lei'd and mai tai'd" shot
this one was a bit on the fuzzy side, but Photoshop 'sharpen more' to the rescue
The Cheval Crew Finishing 2nd in Division 2
in TransPacific Yacht Club's Honolulu Race aka TransPac 99